Taking an idea from inception to reality isn’t for the faint of heart. And I’m not simply spewing hollow words from the sidelines. I know the complexities well because I’ve wrestled with them, headlock and all. And after several grueling matches, I accomplished a seemingly unimaginable feat. I molded an original idea into a tangible product and then took it to market with relative success (i.e., defined by its educational impact).

We Are All Creators

Ironically, it wasn’t something I had any initial interest in pursuing. Yet, here I am – Andrew, the inventor. Although, it really feels like – Andrew, the conqueror. And here’s why: I did it with my students, on my continuous pursuit of best practices for them. 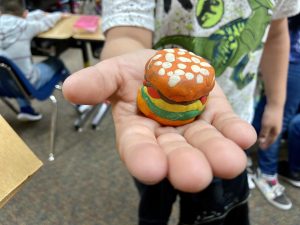 But please heed the following: Engaging in the design-thinking process doesn’t inherently lead to the creation of a tangible product. For instance, we can immerse ourselves in deep design to create a solution to a problem, to make a better version of something, or even simply to make a more enjoyable user experience. And that’s exactly why MY narrative is not indicative of the sole path that exists when it comes to creating.

See, you, me, WE, have endured iterative cycles of improvement at some point in our life. In fact, our timelines are reflective of those organic adjustments, like other natural phenomena. However, in addition to clouds and rainbows, our day-to-day interactions are sprinkled with natural refinements—decisions we make and things we do—all in the name of increased efficiencies.

This leads me to the following question: When was the last time you engaged in the design thinking process?

Take all the time you need. But if you find yourself perplexed by the question, it may be safe to assume one of the likely scenarios:

Regardless of the scenario, I can offer some guidance. In this two-part series, I’ll break down the steps involved in the design thinking process in easy-to-digest chunks. Moreover, I’ll analyze those steps under a microscopic lens as we unpack a game-based learning product I created with my students.

It was the start of my second year of teaching, and everything seemed to be going well. I had spent the entire summer prepping for the new school year. And as a result, my confidence was at an all-time high. I had finally caught my teaching stride. And then suddenly, the proverbial rug was pulled swiftly from underneath my feet leaving me to scramble in midair.

While analyzing data from a couple of different sources (e.g., assessments, in-class observations, etc.), I identified an alarming trend. My fourth-grade students were struggling when it came to working flexibly with number operations and procedures. To clarify, they couldn’t discern strategies to manipulate numerical quantities (e.g., identifying number patterns, performing fluent mental computations, approximating relationships, etc.). And this was apparent throughout their work, conversations, and written expressions. 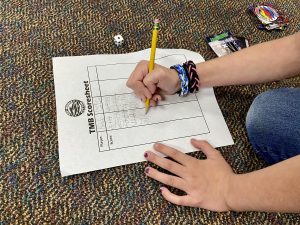 It was affecting every single subgroup to varying levels of degrees. Granted, my students had somewhat of a procedural understanding, but it was being stifled by their inability to make sense of numbers. Beyond their ability to execute basic sequences and algorithms, there was little-to-no flexibility, elasticity, or deeper range in their thoughts and reasoning. And this was a major concern, especially given the greater implications.

This quote resonates with me from the 2009 book Number Sense and Number Nonsense: Understanding the Challenges of Learning Math by Nany Karasa and Sara Shunkwiler: “Weak understanding of what numbers actually mean and how they relate to each other—call it number nonsense—creates a disadvantage at school and in life when one must verify that calculation results are reasonable or understand a computation’s implications.” And it wasn’t simply their problem; it was OUR problem. If I did nothing, the problem would persist and could balloon into something much more pervasive. I just had to figure out how to address this given my students’ needs and interests.

Before I could do anything though, I had to get to the root of what “this” was. And my initial research led me to numeracy and eventually number sense. McIntosh, Reys, & Reys (1993) define number sense as, “A person’s general understanding of number and operations along with the ability and inclination to use this understanding in flexible ways to make mathematical judgments and to develop useful strategies for handling numbers and operations”. I had hit the nail on the head. This was it.

Now that I understood the problem, I had leverage on how to best remedy it. As I reflected on my next move, I knew that I wanted my students to play an active role in finding the panacea with me—or creating it—for that matter. And that’s exactly what led me to game-based learning (GBL).

GBL involves playing a game to meet explicit learning outcomes and objectives. That goal is met by performing an action (core mechanic) that directly aligns to a clear learning target. In other words, students learn by engaging in an immersive, user-centered experience that involves playing a game. And when I say, “playing a game,” I’m not referring to a deceiving game-like experience rooted heavily in rote-based rehearsal and/or extrinsic motivation. GBL is student-centered, elaborate-based, and cultivates intrinsic motivation. 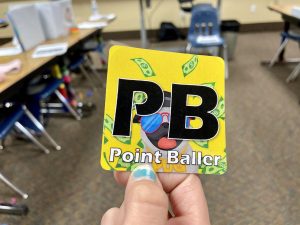 The only problem I had was that I couldn’t find a GBL product on the market that I could readily implement. Options existed, but I surely wasn’t going to spend money on something that my students and I could design better. Afterall, we knew the end user better than anyone else could. This meant we’d have to make a solution from scratch. But where exactly would we start?

. . . Enter the design thinking process. Stay tuned for Part 2 of this series!

About the Author: Andrew Arevalo

Andrew Arevalo is a fourth-grade teacher and member of the Ed. Tech Team at McCabe Union Elementary School District in El Centro, California. Andrew holds a Master of Education in curriculum and instruction. He is the recipient of the 2019 CUE Emerging Teacher of the Year Award and a finalist for the 2019 CUE LeRoy Finkel Fellowship. Andrew is passionate about leveraging blended learning, the power of play, and design thinking through STEM-related experiences to support and ignite student curiosity.