2 Arguments for Coding as a Foreign Language

I have been in the mood for a good debate lately—something that gets the neurons firing. Recently, I had a flashback to the days when I took French in high school. It got me thinking: I really did not like taking a foreign language. I had enough trouble getting through English, so why would someone throw another language at me? Then I remembered a connection I made a few months prior, when taking ELL training and they used the word syntax. This whole process boiled down to one question—should students be allowed to learn a computer language in lieu of a foreign language? 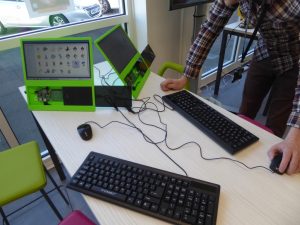 I have a couple arguments to try and sway the non-believers. My intention here is not to argue. It is to have open dialogue about an idea that could be beneficial to not only students, but schools. Before I continue, I admit that my expertise at language acquisition is thin at best.

Argument 1: Coding IS a Language

Coding IS a language. As mentioned earlier, this all came about when someone mentioned the word “syntax” to me. I remember seeing that before on a computer screen (syntax error) and when my students talked to me about coding. I never really knew what it meant until that moment. When doing a little research, I found the definition of a language to be:

According to both definitions, coding would appear to qualify as a language. I argue that it as much a foreign language as Sign Language, which in many states is an acceptable foreign language in high school. 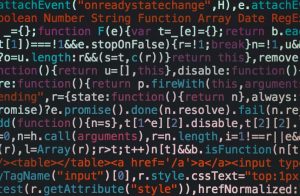 This could greatly benefit STEM enrollment, increase graduation rates, and lead to pathways where students feel comfortable using that acquired language. I must admit, I use none of the French that I took for two years in high school, and never pursued anything beyond that. Having coding as a choice, students could build a skill that benefits them over the long term. With STEM fields growing at a record pace, having the option to take a language that aligns with future goals could give students another opportunity to augment their skill base before leaving high school. STEM classes would have another component to add, especially when schools are trying to nurture cross-curricular relationships. Students now have an option that may be more appealing to their goals and future successes. 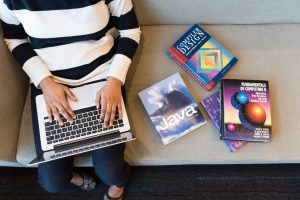 I find language and its acquisition fascinating. Though I am not gifted at learning new languages, seeing the processes that occur is intriguing. I hope that somewhere, someone gives thought to this proposition. Maybe somewhere, they already are. The possibilities of creating a coding language class are numerous, and I believe it would be advantageous, especially for schools pursuing a tapestry of STEM focus.

Interested in introducing coding into your classroom? Learn more:

Coding and Integrating Math with Dash

Robotics, Coding, and the Pursuit of Computer Science

About the Author: Jeff Wheatcraft

Jeff Wheatcraft is the creator, coordinator, and teacher of the STEM program at Alamo Heights Junior School in San Antonio, TX. In his 13th year of teaching, he is continuing to push the boundaries of hands-on, real-world problem solving. Students in his class are charged with finding solutions to tough problems and then building the solution and testing it for viability. He is the 2019 Texas Teacher of the Year and has been awarded the Trinity Prize of Teaching Excellence and been nominated twice for the Presidential Award for Excellence in Math and Science Teaching.